What do you get when you combine a Starfleet patrol ship and evil alien technology? You get the Hybrid, a vessel with a mind of its own and a serious mean streak.

I built this model for Rob Caves’ Hidden Frontier. It needed to be a Starfleet vessel mixed with elements from the series’ villains, the Grey. It also needed to have a bit of a Star Wars look to it, as a callback to the early days of Hidden Frontier, when a few Star Wars models were used to flesh out the alien fleet. So I ended up with a Defiant/Millenium Falcon/Y-Wing/TIE Interceptor kind of a thing.

Modeled in Modo and Lightwave, rendered in Lightwave, composited in Fusion with an assist from After Effects 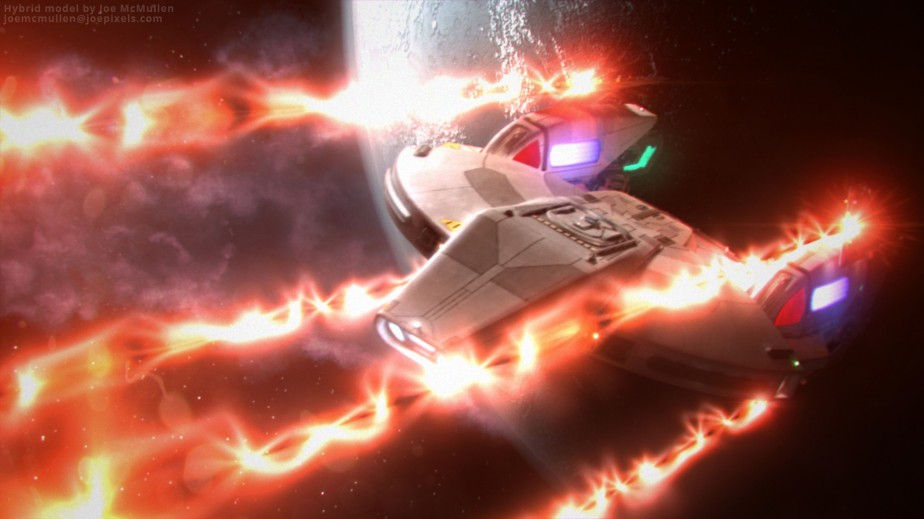 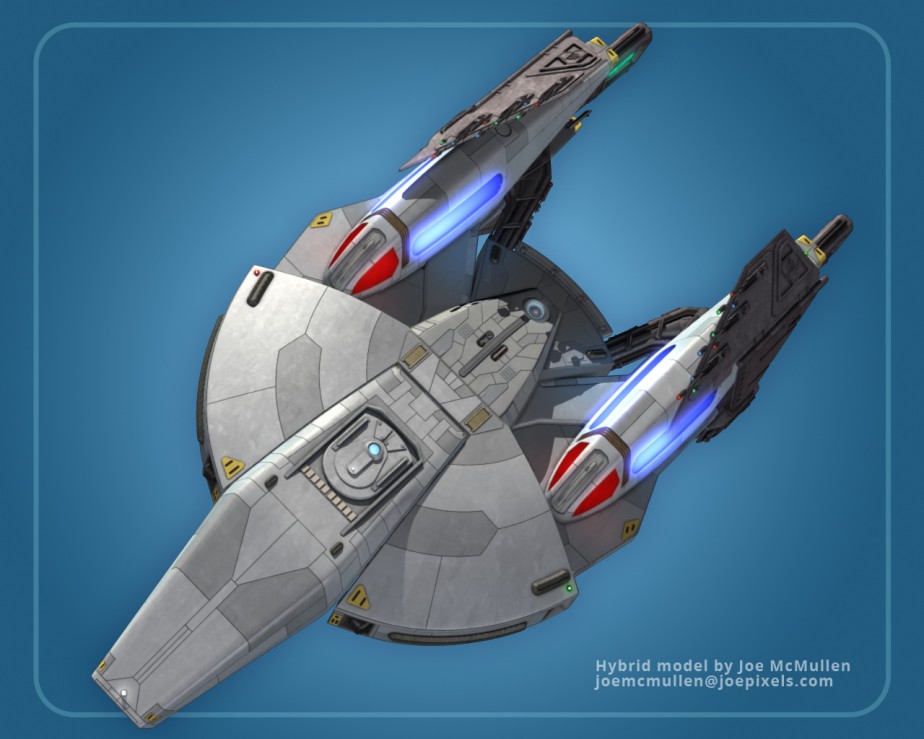 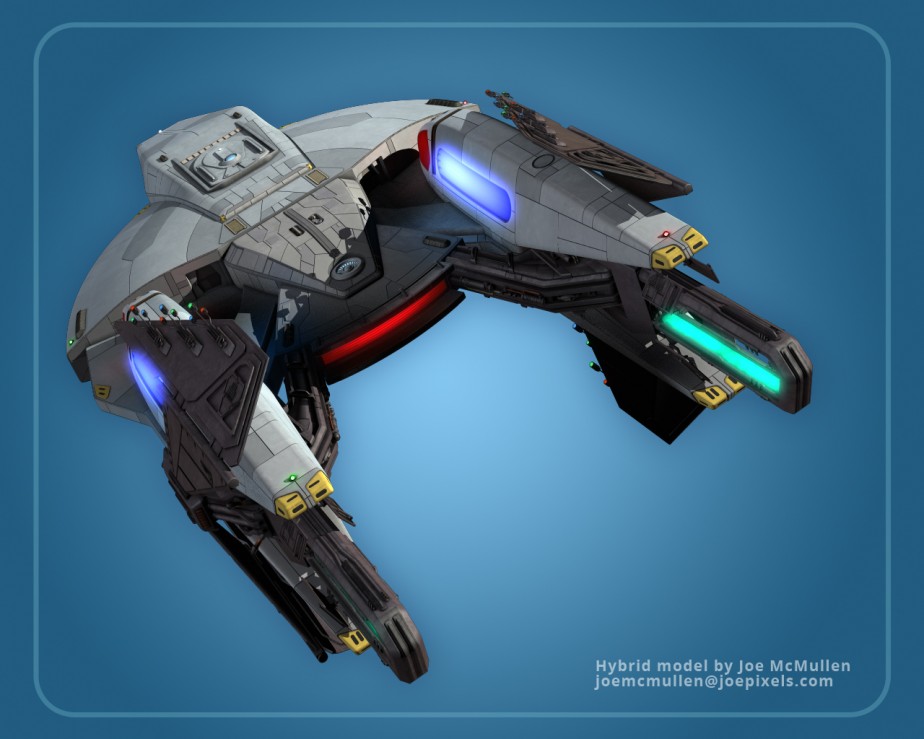 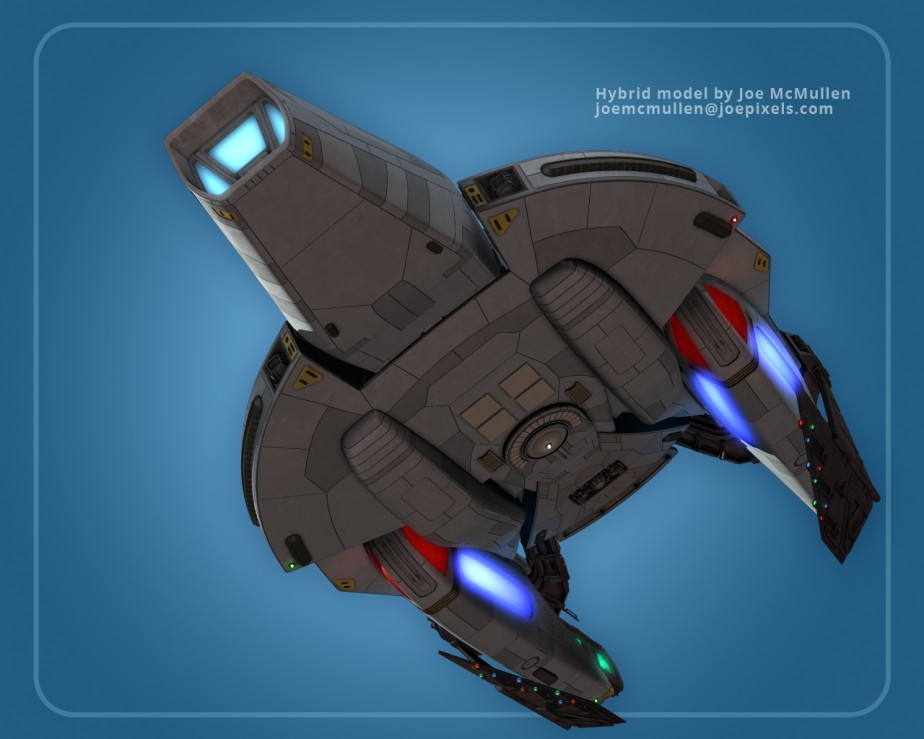